Pronation: How Much is too Much?

Pronation: How Much is too Much?

Pronation. Overpronation. Pronation of the foot. Pronated feet. Foot pronation. If you’ve been told you ‘overpronate’, you have probably wondered what that term meant.  You might ask: “Is some pronation ok but do I just do too much of it, or is any amount of pronation bad?”

This blog will begin to provide some clarity around these commonly asked questions. Let’s start with figuring out why footcare professionals, and even some footwear manufacturers, pay so much attention to pronation.

Pronation is a natural, albeit complicated, movement of the foot and ankle during the initial part of walking or running. The mechanical goal of pronation is simply to relax or loosen the joints in the foot that enable them to collectively absorb shock, accommodate uneven surfaces and help us keep balance. Pronation generally occurs through the first 50% of our step, after which point an opposite series of movements begin to take place as the foot prepares to be an effective lever in propulsion called supination.

Just like body height and hair colour, there is a wide variety to the extent that people pronate in our population; some people pronate a great deal, others hardly at all, and then a whole bunch of people in between. On average, people will pronate a mild-moderate amount because this is a natural and functionally important motion. However, like any movement there is a limit. The more a foot pronates the greater the imbalance in load between the inside and outside tissue of your foot, ankle, and leg. People who pronate a great deal, for example, typically will cause muscles that control foot flattening such as Tibialis Posterior on the inside of the shin and Abductor Hallucis on the inside of the foot, to work harder than someone who pronates less. But remember, just because these muscles work more, doesn’t always mean they will get injured. The big question is how much pronation is too much.

How Much is Too Much?

Defining pronation is easy. Determining when ‘some’ becomes ‘too much’ is quite a bit harder. A big reason for this difficulty stems from the fact everyone adapts differently to tissue stress owing to a long list of factors including:

These factors, along with others, play a role in how stress is applied to your body and on your body’s ability to tolerate this stress.

The most noticeable aspect of increased pronation is having a flatter foot. Try this test, while standing take a look at the inside of your arch – does the middle of your foot touch the ground (see photo), or is it suspended in the air? If your feet look like the photo, chances are that you pronate much more than most people in the population. People on the higher range of pronation may also have other things in common, such as having difficulty running long distances (but they could be good sprinters) and feeling their feet and legs get tired faster than others. 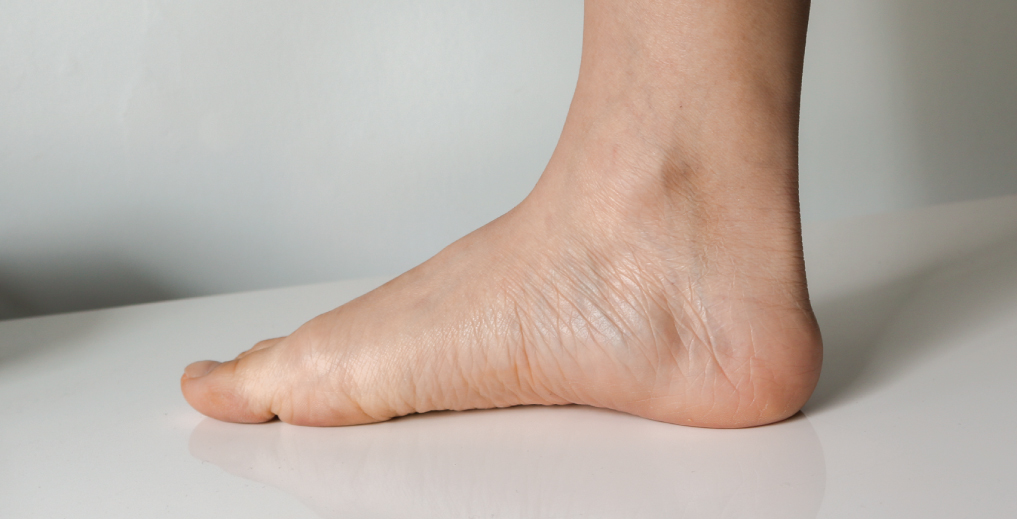 But it’s not all bad! Many of the best swimmers have highly pronated feet, and the increased flexibility associated with increased pronation helps with a range of activities where there is a premium on range of motion such as yoga, rock climbing, and gymnastics.

Pain in your lower limbs can disrupt your day to day life and is a barrier to maintaining an active lifestyle. When you book an assessment at Kintec, one of our Canadian Certified Pedorthist will review the mechanics of your gait and determine the severity of your pronation and how pronation is impacting the area of concern. While your feet may pronate, there are many other factors on how your body moves that we will have to take in consideration when creating a treatment plan. Our Pedorthists will educate you on a treatment plan to reduce your pain and help you move better and stay active and on your feet, for life.

At Kintec, our goal is to help keep you active and pain free. Here are three possible treatment plans our Pedorthists may recommend to manage your pain.

Regardless of the posture of your foot, arch support will help your feet feel more comfortable. We assess patients with lower limp pain who have both high and low arches. For approximately 80% of these cases, their conditions improve with custom orthotics or insoles. 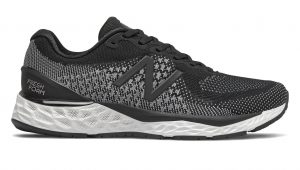 Shoes are the foundation that supports your body. High-quality shoes, with strong midsole cushion absorb shock and limit the impact to your joints. For pronation, our team of experts will recommend shoes with specific features to help control pronation, such as a torsional strong shank, or stiff heel counter.

For pronated feet, Kintec recommends New Balance’s Fresh Foam 880 v10. This shoe features Fresh Foam midsole cushioning, which delivers an ultra-cushioned ride. Additionally, the 880 v10 includes a torsionally strong shank and a molded external heel counter. These features provide stability throughout the back half of the shoe and control your heel movement.

Tight calf muscles are fairly common and leads to pronation. When a muscle is tight, its range of motion is reduced, and it can feel sore and also cramp up.

Stretching helps improve flexibility and increase blood flow and oxygen to the muscles to help it recover more quickly. It also helps ensure muscles are not so tight that it starts pull at their attachment points, which restriction your mobility.

Massaging the calves with a massage ball can also help with reducing tension and assisting with recovery. Use a massage ball to perform foot and leg stretches through the day. They are great for massaging the tissue in your feet, which can help reduce fatigue and increase circulation.

READ: How to stretch and strengthen calves

Are you experiencing lower limb pain?

Book an assessment with one of our Canadian Certified Pedorthists today for a thorough assessment and personalized treatment plan to help you get back on your feet.

Our new One2One program will provide you with the highest level of safety and personalized service for all of your orthotic, footwear and bracing needs. 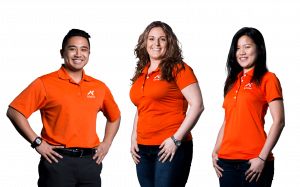